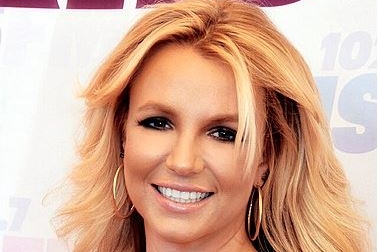 Who says that the world of estate planning and probate can’t have its wild side?  Britney Spears, the princess of pop, known for her hit albums Baby One More Time and Oops…I Did It Again was in the news this week regarding a conservatorship that she has been under since 2008. Under the Conservatorship, her dad controls every aspect of Britney’s life, including her finances and who she has contact with.  This week, the court took sad and sensational testimony from Britney regarding her life under a conservatorship.

#FreeBritney has been gaining steam in the media recently.  So what does it mean and why are Britney fans so fired up?  Well, it goes back to 2019 when Britney announced a work hiatus right before she was due to start a Las Vegas residence. She cited her father’s near-death hospitalization as reason for a cancelation. Fast forward a few months later and a fan podcast leaked a voicemail alleging Britney was being held against her will. Now present day, FX aired a tv documentary series called The New York Times Presents: Framing Britney Spears. This series documented Britney’s career, status as a pop icon, and her life under a conservatorship.

What is A Conservatorship?

In Vermont, a conservatorship is called a guardianship.  A person can be placed under guardianship if they are minors, infirm or spendthrifts.  Under Vermont law, a "spendthrift" includes “every person who engages in excessive drinking, gambling, idleness or debauchery.”

The media portrayed 2006-2007 as a rough time for Britney, and those challenges appear to have resulted in her falling under the spell of her conservatorship.  Whatever you think of Britney’s challenges, however, you can’t say she’s been idle or physically inform.  Since 2008, Brittany has earned $59 million dollars through her records, live performances, in her role as a Judge on the “X Factor,” and perfume sales.

Although most guardianships don’t involve pop icons of the 90s, we are here to help. If you know of anyone who is grappling with a loved one who is a vulnerable minor, is infirm or is a spendthrift, please have them contact our firm for a consult on what their options might be.

While a California Judge will decide Britney’s plight, anyone placed under a guardianship deserves respect, due process, and a voice.   #ResponsibleGuardianships